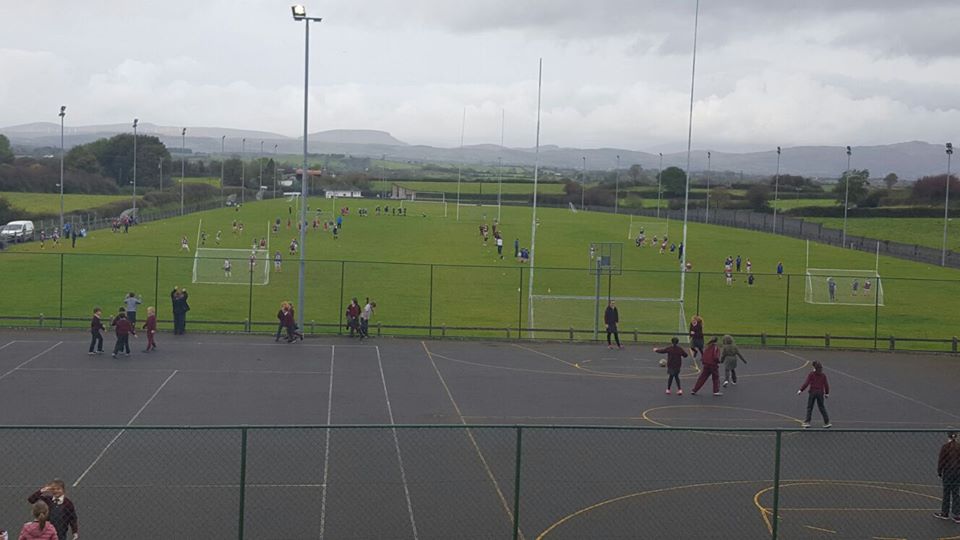 ‘The Club that Andy built’

It was the spring of 2005 when a small group of locals in Ballyvary sat down to discuss a dream; this dream was the formation of a hurling club in the heart of Mayo. It was 40 years since the area had its own GAA club. Back in the 1950’s there had been a strong football team but times change and the club folded in the late 1960s. One of the young players on the 1960s Ballyvary Team was Andy Walsh and he was now the nucleus of this group. Those privileged to have been in his company knew that when Andy got something into his head nothing would stop him from making it happen. Thoughts became ideas and ideas became actions. Phone calls were made and suddenly the notion that there could be a new hurling club in Mayo started to become reality.

At this time hurling in Mayo was stagnant. Very little change had taken place in the previous years, however the game was about to experience a renewed interest in the county. It was hard to believe that this new club in Central Mayo was to be at the heart of the change. A new Development Officer had recently been appointed by the County Board with specific brief to develop hurling within the county. Adrian Hession came with a strong pedigree. He played his hurling with the legendary Tooreen Hurling Club and had represented Mayo at all levels. Adrian met with the new hurling committee in Ballyvary. What better way to promote hurling in the county than to help start a new hurling club. The initial committee in Ballyvary included Andy Walsh, Joe Barret, Tom Larkin, and Peter and Anne Comer with a few others. At this time the local development company in Ballyvary had developed a new sporting facility in Ballyvary at the back of the school, with changing rooms, a soccer pitch and a GAA pitch. The new hurling club were in the envious position that they had a ready to go Hurling Pitch within the community.

So in the spring of 2005 the “clash of the ash” was a new sound heard in Ballyvary. For the first year the Club focussed on a group of U12 boys and girls. Adrian provided the club coaching for the first year while a group of eager parents watched on. Little did they know that they would become the coaches of the future! One of the abiding memories of the first year or two of the clubs history was the huge wave of support that came from all the existing clubs in the county. In particular Castlebar Mitchells and Tooreen Hurling Clubs went out of their way to help and encourage the new club. The club officials in Ballyvary quickly found out that the circle of hurling enthusiasts in the county is small and while during some of the competitive games tensions can arise, these quickly return to friendship once the hurls and sliotars are put away. Spurred on by the success of the new club in Ballyvary, the renewal of hurling at Claremorris quickly followed. New clubs were also established in Moytura and Caiseal Gaels.

In 2010 a new initiative began within the Ballyvary Hurling club to start up a Camogie Club. The enthusiasm of Emma Mohan finally won over and the Camogie Club was established. In the early days of the club many of the girls played with the boys up to U14 level but this rule states that the girls and boys cannot play together after U12. The girls decided to get moving with their own club and with the guidance of Caroline Murray from the Camogie Association they have now made huge strides. The numbers are continually increasing and they are going from strength to strength. In 2012 the Clubs U12 Camogie team won the County U12 title.

By 2012 the Ballyvary Hurling and Camogie Club has over 100 young people playing our most ancient game. The club has gone on to establish it self as one of the strong outlets for Hurling and Camogie in the country. The club was the first to build a hurling wall in the county and this has become a focal point for many other clubs and county teams. This summer the club has won county titles at under 16A and progressed to competing in a County Minor Hurling Final. The Club intends to move on steadily to Under 21 and eventually an adult team. The club has several players participating in the County Development squads at many ages and will one day have players wearing the senior county jersey. Sadly one of the funding fathers of the club Andy Walsh passed away in 2011 but while he was involved in the club, he build strong foundations and from those strong foundations, the club will go on to greater things. All the players, mentors coaches and parents are proud to be part of the club that Andy built.