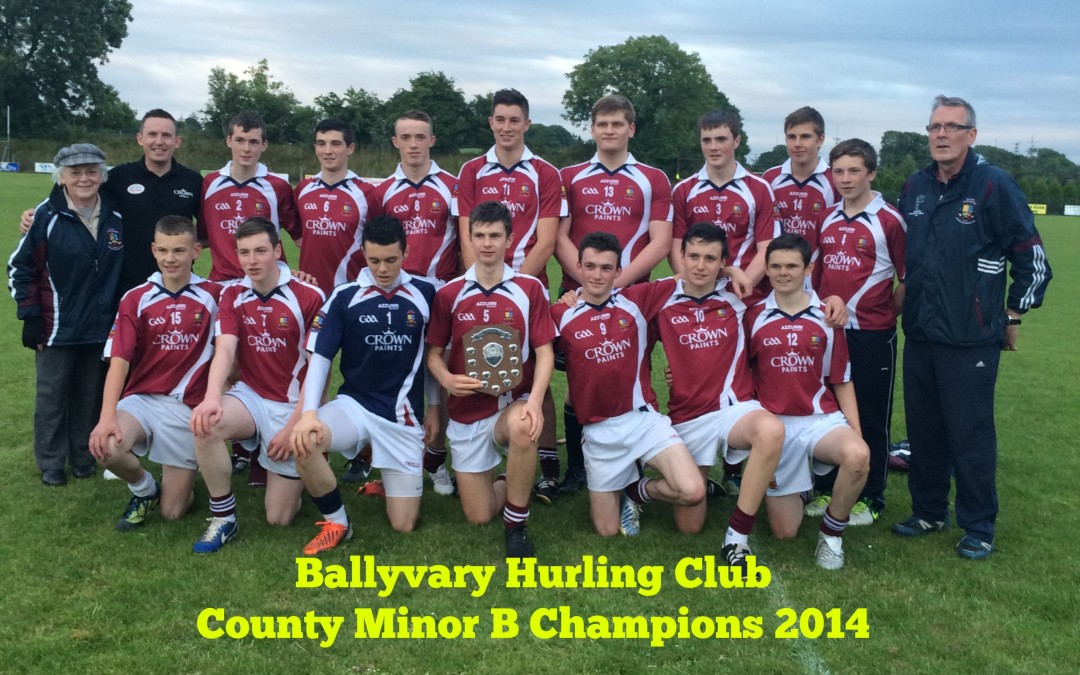 (Match Report Source: Anthony Hennigan, Western People – at Tooreen)
THREE goals in an explosive seven-minute first half spell provided the Launchpad to Ballyvary’s annexing of the county minor ‘B’ hurling title on Wednesday night last. A brave rally by their Westport opponents either side of half-time hinted at a potential comeback, but Ballyvary had too many tricks up their sleeve – the ace of which was midfielder Sean Mulroy, a player capable of gracing any stage on the evidence of this game at least. His three first half points coupled with four by powerful centre-forward Robert Comer, and goals by Cian Mannion, from long range, Jack Doocey, Alan Ferguson and Paul Smyth, helped the Maroons into a 4-9 to 1-6 interval lead, substitute Kaylem Connolly having pulled a goal back for Westport on the stroke of half-time following four points from play by the excellent Sean Brogan. It required the switching of Ballyvary midfielder Bryan Maloney to mark Brogan who on another day might have had a pair of first half goals but from similar positions, the full-for-ward was unfortunate to see his raspers fly left to right across the face of Daniel Cusack’s goal. Cusack was also relieved to see Connolly whip another Westport goal chance an inch over the bar upon the restart, but the first of Barry McNamara’s two second half goals was to add weight to the Westport fight-back.
But driven on by inspirational wing-back Noel Regan, and with Mulroy beginning to turn on the style, winning, distributing and converting possession into scores, the gap was never going to be bridged. Indeed only for some excel-lent saves by goalkeeper Luke Bermingham from shots by Corner and Mark Cusack, a scorer of two points, then Westport could have been staring at a heavier defeat.

Even the Jerseys deserve a break!!