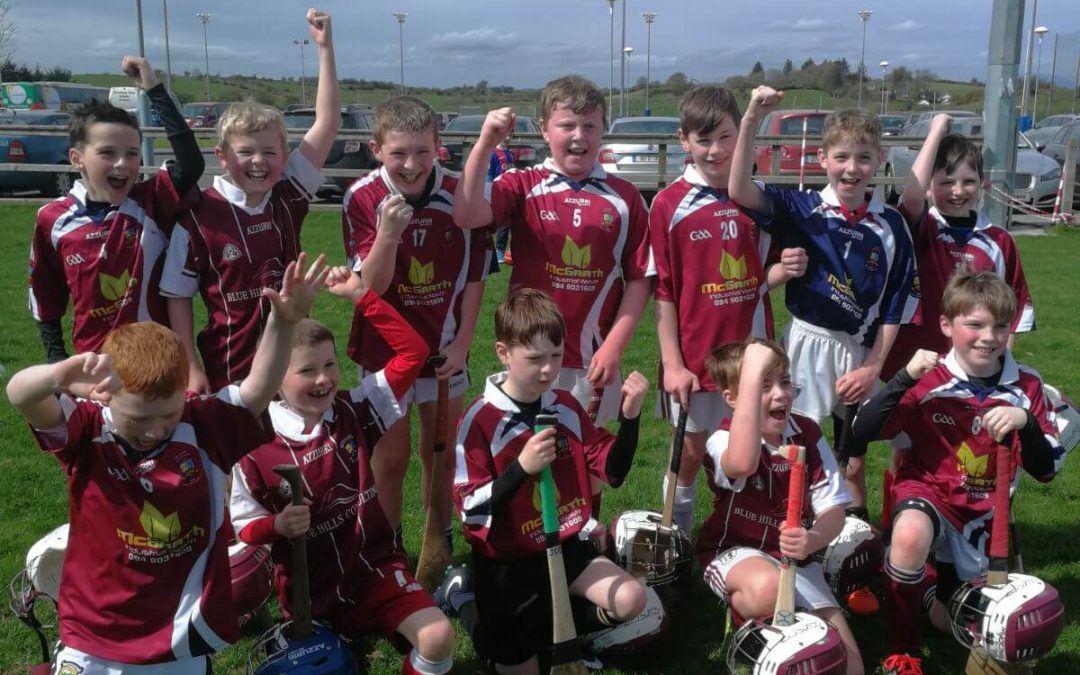 Day two of the Táin League in the Connaught GAA headquarters saw Ballyvary U11 play with their usual commitment and heart.

A ten minute break between matches gave Ballyvary the chance to compose themselves after a gruelling match.  Coaches Padraig Kelly and Mark O’Donnell were heartened by the team’s improvement over the matches in the Táin league and encouraged the players to continue to play their best and a breakthrough would come.

The team’s breakthrough came in their second match against Ballina Stephenites.  In a fantastic display of hurling, Ballyvary’s confidence and skill soared with every puck to allow them to create and take some fantastic goal scoring opportunities.

A huge thanks to Padraig and Mark and the rest of the coaching team who prepared so well for the day.  A big thanks to the wonderful sideline support too.

No scores were recorded on the day by request by games officials.